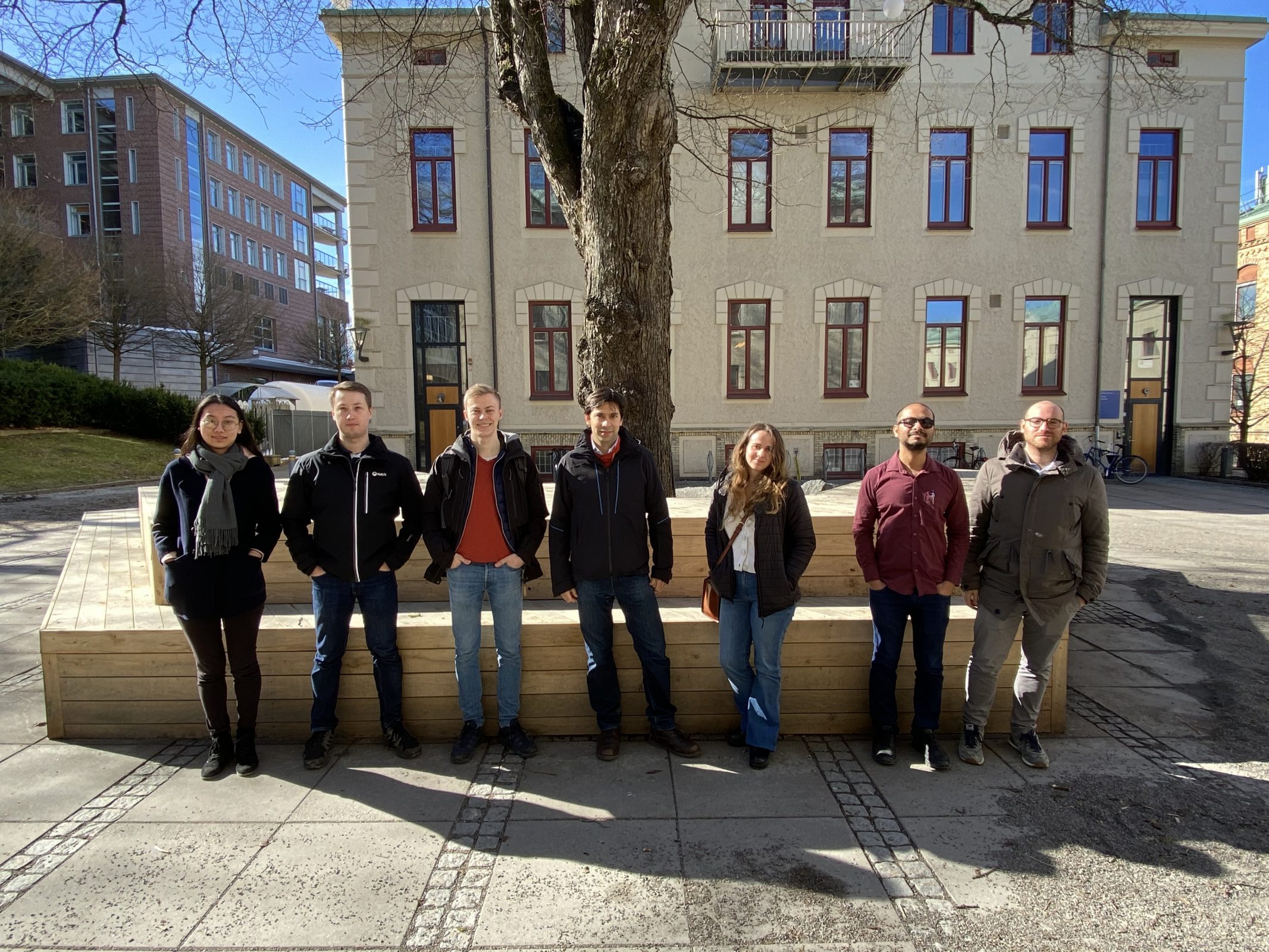 Simone grew up in Bologna, Italy. He did is Bachelor and Master studies at Università di Pisa and Scuola Normale Superiore. He carried out his MSc thesis on quantum dot thermometry in GaAs heterostructures at NEST laboratories under the supervision of Francesco Giazotto and Fabio Beltram. He obtained his PhD at Aalto University (November 2014) with a doctoral thesis on Cooper-pair pumping and fast thermometry at the nanoscale, supervised by Jukka Pekola. Before joining Chalmers, he was a post-doctoral researcher at ETH Zurich in the group of Andreas Wallraff, a pioneer of the circuit quantum electrodynamics architecture (2015-2018). There he made several contributions in the areas of quantum information processing, microwave quantum optics, and hybrid superconductor-semiconductors quantum systems. He moved to Chalmers as a permanent researcher in November 2018 before taking an assistant professor position and starting his own group in May 2020. Since April 2020, he is one of the nine principal investigators forming the management group of WACQT, a 12-year Swedish initiative to build a quantum computer. Simone spends most of his spare time playing with his children, and dreams about taking them on a number of road trips with tents and bikes, as he and his old-time friends used to do.

Aamir obtained his PhD in Physics at Indian Institute of Science, Bangalore, where he studied mesoscopic transport in semiconductor nanostructures. He then moved to the Institute of Photonic Sciences, Barcelona for his first postdoc where he performed the measurement of the smallest ever heat capacity using a mesoscopic device. He joined 202Q-lab in August 2020, where he is exploring quantum thermodynamics with circuit QED. On the side, he enjoys reading about cognitive sciences and western philosophy.

Mikael joined 202Q-lab as a postdoc in November 2020 after obtaining his PhD in Aalto University, Finland. During his PhD he studied the quantum control of bulk acoustic phonons. In 202Q-lab, he is working with quantum information processing with bosonic encodings in superconducting 3d cavities.

Axel joined the 202Q-lab in September 2021. He got his PhD degree in Physics at Chalmers University of technology in 2017 working on electromechanical resonators. He has been working at Volvo AB as a software developer where he designed diagnostic functions to detect hardware degradation and Zenseact where he worked as a data management solution architect for the deep learning area. He is currently working on quantum computing with continuous variable. In his free time, he is collaborating with different researchers to gather and spread knowledge about how the brain learns.

Francois received an M.S. degree in electronic engineering and Ph.D. degree in astrophysics at Paris Observatory. His thesis concerned the development of a far-infrared heterodyne receiver for astronomical observations. He then carried his research at the Laboratory for Physical Sciences, College Park, USA, for the development of graphene infrared detectors. He also studied the magneto-optical properties of novel Weyl materials. He joined Chalmers to work on a gate tunable superconducting quantum device. In his spare time, he enjoys playing water polo with the Goteborg team.

Kazi obtained his PhD from Indian Institute of Science, Bangalore, where he studied electron transport in Graphene devices. Then he moved to France, and did his postdoctoral research in CNRS Institut Neel and CEA Grenoble, where studied high kinetic inductance material based microwave resonators and nanomechanical oscillators. Kazi joined 202Q-lab as a postdoc in November 2021. His research topic is to study interactions in metamaterials. In his free time, he enjoys reading, photography, and exploring nature.

Ingrid joined 202Q-lab directly after obtaining her Ph.D., also at Chalmers but in the Applied Quantum Physics group, where she did numerical simulations for different types of generation and characterization of microwave quantum states. Now, she is still working on quantum state tomography, but will also branch out to the development of microwave switches. Lots of her free time is spent in the gym, doing weightlifting.

Claudia joined the 202Q-lab in September 2020. She did her degree in Electronic Engineering at the University of Granada and an exchange year at EPFL. In 2018 she started her master’s in Nanoscience and Nanotechnology at KU Leuven. Her research focuses on the use of metamaterials to mediate the interaction between atoms. In her free time, she enjoys dancing and working out.

Claire is an industrial PhD at 202Q-lab working in the project of Distributed Quantum Computing, who is also employed by Ericsson Research. She got her master’s degree in Electrical Engineering from KTH-Royal Institute of Technology in Stockholm, Sweden; and her bachelor’s degree from Beijing University of Aeronautics and Astronautics (Beihang University) in China. She enjoys reading and drawing during her spare time.

Simon did his master in physics at Chalmers. When he was an amanuensis at 202Q-lab, he developed a virtual instrument for control and readout of superconducting qubits by the means of pulse sequencing. Then, he started his master thesis on quantum thermodynamics working under the supervision of Aamir. After an exchange in Hong Kong, he came back to 202Q-lab to do his PhD. Besides physics, he enjoys rock climbing, programming, and scuba diving.

Linus worked as an amanuensis in the area of microwave engineering for quantum computing applications. He did his B.Sc. in Electrical Engineering and is currently pursuing the master’s program Wireless, Photonics, and Space at Chalmers. Currently, he is doing his master’s thesis with us. In his free time, he enjoys track and field, hiking, and playing guitar.

Veronika obtained her bachelor’s degree in Physics at Lomonosov Moscow State University in Russia. Currently, she is doing a master degree in Erasmus Mundus Master in Nanoscience and Nanotechnology program, which KU Leuven offers in Belgium and Chalmers University of Technology in Sweden. Her master thesis project is about fabricating a device for continuous variable quantum computation. She is proud of her podcast about mythology which she broadcasts in her spare time.

Co-supervision with Per Delsing

Marina is a joint student of Simone and Prof. Per Delsing. She is working on continuous variable quantum computing using superconducting 3D cavities. She obtained her master’s degree in Nanoscience and Nanotechnology from an Erasmus Mundus Master program held jointly by KU Leuven in Belgium and Chalmers University of Technology in Sweden. She has a bachelor’s degree in electrical engineering from University of Belgrade in Serbia. She enjoys horseback riding, walking her dog and climbing in her spare time.

A list of our previous members can be seen here.