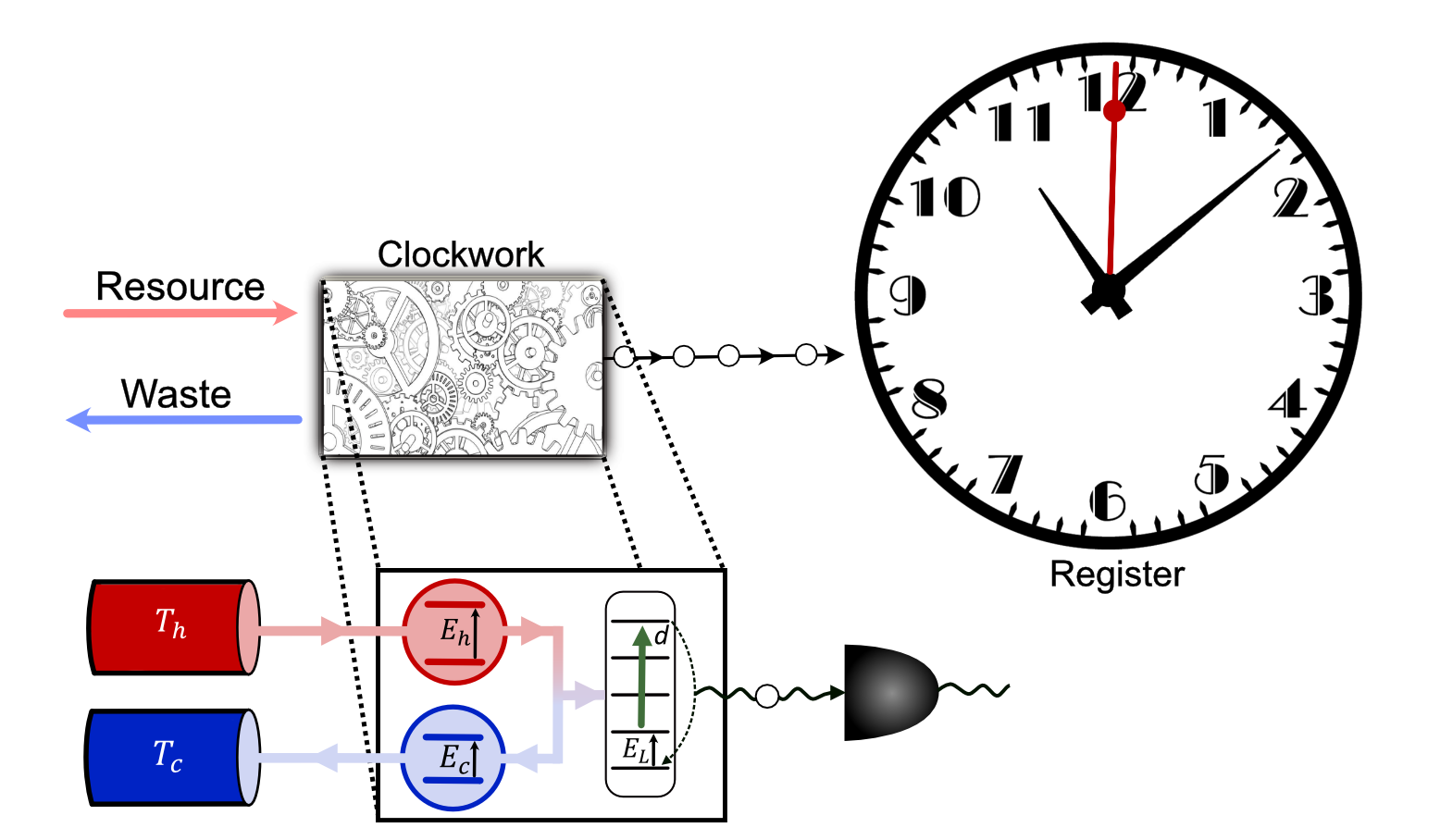 ​Five research groups across Europe are now joining forces in uncovering the ultimate limitations of timekeeping to assess whether precision measurements can become more energy efficient. The €2.9 million project, named ASPECTS, is part of the EU Quantum Technologies Flagship.

Measurement devices exploiting quantum properties can provide very high precision. A well-known example are atomic clocks which provide us with very precise timing and timestamps used in satellite navigation. Such precise measurements cost energy – the more precise, the higher energy cost according to recent discoveries in thermodynamics. But potentially quantum phenomena could be harnessed to make measurements both very precise and energy efficient.
This is what the researchers in the ASPECTS project will investigate.
“We will leverage our expertise in superconducting circuits to build a set of novel, one-of-a-kind quantum machines. By watching these machines at work, and carefully measuring fluctuations in their output, we will experimentally unveil the trade-off between precision and efficiency in small quantum systems,” says assistant professor Simone Gasparinetti, principal investigator at Chalmers University of Technology.

The technology used to build the quantum machines is the same as used in Chalmers’ project of building a large quantum computer, that is, superconducting circuits operating at microwave frequencies at very low temperatures.
“Our solid experience in this technology put us in a very good position to realise the proof-of-concept experiments of ASPECTS,” says Gasparinetti.
One of the machines that Gasparinetti and his colleagues will build is an elemental quantum clock that ticks when placed in-between a hotter and a colder bath.
“This is the simplest possible clock. By building it, we will be able to pinpoint the true energetic cost to keep time,” Gasparinetti says.

By experimentally assessing the energy cost of timekeeping and readout, the ASPECTS team aims to demonstrate so-called quantum-thermodynamic precision advantage. Such a ground-breaking advance could allow quantum sensors and other measurement devices to operate at higher energy efficiency than would be classically possible without sacrificing precision.
In timekeeping, space-based applications would in particular benefit from energy-efficient, miniaturized clocks, but also nanoscale systems where heat dissipation is unwanted. Improved energy efficiency in quantum measurements in general is also important in the long-term to ensure environmental sustainability when scaling up quantum technologies, for example quantum computers.

ASPECTS is a European Quantum Technologies Flagship project. It has a length of three years and funding of €2.9 million.
The key milestones of the project are:
•    To probe the ultimate thermodynamic limits on quantum clocks by building autonomous quantum clocks and measuring the energetic cost of timekeeping in the quantum domain;
•    To measure the thermodynamic cost of qubit readout;
•    To implement the first proof-of-principle demonstration of a quantum-thermodynamic precision advantage.
The project is coordinated by Professor Mark Mitchinson at Trinity College Dublin. Other participating universities are Chalmers University of Technology, Technical University of Vienna, University of Murcia, and University of Oxford.
Text: Ingela Roos
Read the published article here

Aamir gives a talk at QuantuMatter22 in Barcelona